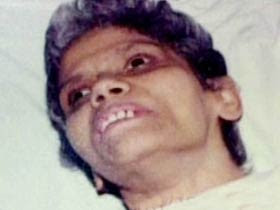 Dear Friends,
Day before yesterday, I got surprised, when I heard that some MPs have raised the issue of attack by US and Allied Countries on Libya and Mr. Pranav Mukharjee (Govt.) also shown their concern over the issue and assured a discussion soon over the issue.
Here I remember one small story from "Mahabharta". On 18th day of the great war, when the duel battle set between Bhima and Duryodhana, there was a question that who will be the Judge. In between "Balram" came there and he was assigned the duty of Judging. During the battle Bhima attacked on the thighs of Duryodhana and on this Balram got angry because Bhima had broken the rules of the battle. He said that Pandavas are wrong and they have wrongly won the entire battle. At this point of time Krishna asked him that "O my great brother, where were you when the sides of battle were being decided. Remember at that point of time you decided to go to Pilgrimage. So at this point of time you are having no right to raise such issues." On this Balram had to keep quite and he went away from there.

I just want to say that where were India, China and Russia like states when the UN resolution was being passed on Libya. Why neither China nor Russia used their veto power. Why  India remain absent from voting at that moment of time and let the resolution passed by 10-0. Now speaking out against US and allied forces are nothing but elephant's teeth which are just to show. I don's understand whom they want to impress at this point of time. Is it also so called Secular Politics.
On the other end US, Britain and France are also not knowing what they are doing and why they are doing. There is dictatorship in so many countries and time to time they suppress their oppositions cruelly. It is not just today's story, from very old time it is happening and happening. Whether they are going to attack all un-democratic countries one by one ???
They destroyed Iraq, Afghanistan and now Libya. In near future they might also attack on Yaman, Oman and UAE like countries. But at the same time, they tolerate the countries like Pakistan, Corea and China. Why ??? the rules are set country-wise.
The question is whether the people of Libya should have been left on their destiny. Whether the other countries must have no role even in case of Katle-Aam of the people by the Govt of any country. I would say NO. But I would just say that then don't discriminate between China and Libya, both are having almost similar governing system.Further, don't let it be Fight for Fuel (Oil).......It seems that all eyes are on the Oil Wells of Libya. If it is so, then it is definitely dangerous for the future of this world. Because then soon fight for other resources would also start.
But If it is not so then in my personal opinion, the US is right at this time at least They are doing the job with the approval of UN. They are attacking in a Legal Framework. Today, Russia, China and India are having no right to criticize them. The people of Libya can't be left on the discretion of a Mad Ruler. Yes Mad Ruler's can save themselves by becoming more stronger, perhaps being Atomic Power is one criteria by which they can save themselves............I don't know it is right or wrong.......But it seems so......What you say.......
Manoj
Posted by मनोज कुमार श्रीवास्तव at 13:16 3 comments:

From last so many days, I was thinking to create a blog. But the auspicious day came today only. While writing my first blog, I am thinking which subject to choose first. Let me choose the subject friendship. Yes It;s true that there is nothing like friendship in this world. A true friend is he who knows about you more than you, who listen your words by your heart bits and not by saying....who can feel the water of your eyes without your crying........, who remains happy in your happiness and sad in your sadness.......He who really cares for you and never even thought to give you harm by any mean........

You will say what is new in this.....Everybody knows this fact.......But I say....Its important........because despite knowing the fact most of the time we don's establish such true relationship......So I would just say that........ Don't collect a number of friends just for having friends........Have few friends but make true friendship with them..