Hi Friends,
Well the inflation in the country is rising like a fire in the forest.......and if soon it is not controlled it is going to burn the entire country....but some times I think, whether the government is really serious to control the price rice ?.....I don' think so......Okay let me tell you the reasons.
There is simple rule of economics, which is based on DEMAND and SUPPLY.....when supply is less than demand, the price increases.....and when supply is equal to or more than demand the prices decrease........I don't know why the government is not understanding this simple fact and acting accordingly.....Do you know what our Government is doing for price control.
The Government is of view that the purchasing power of people has increased. That's why they have raised demand and prices have increased.....So for price control......they increased the interest rate in a view that by increasing the interest rate on debt they will reduce the purchasing power of the people.....(as they will borrow less and demand will be reduced)…..Ha Ha Ha......What a Rubbish thinking......You also laugh at this thought.....They just increase percentage of CRR (Money kept with the Government by the banks) to squeeze the lendable money from the banks....because due to that the bank's are forced to increase their lending rates as well as deposit rates......So, Government also think that by increased deposit rates the people will come into habit of saving and won't spend much.......therefore the demand will decrease and the prices will be controlled.
But due to this strategy of the government, what is happening ? The rates of things are not coming down rather these are going up because the government has not done anything to control the prices, it has simply reduced people's purchasing power. Now what will the innocent poor do ? He had already less purchasing power, the situation has not turned for him due to steps taken by the government, resultantly he will suffer the most and have to pay more for his daily needs. That's the reason why the poor is getting poorer day by day.
Now, just think what should have been done to control the price rise. There are two causes of price rise. One is less supply of goods and another is holding of goods. Both things are required to control to effective price control. Let's see it one by one..… 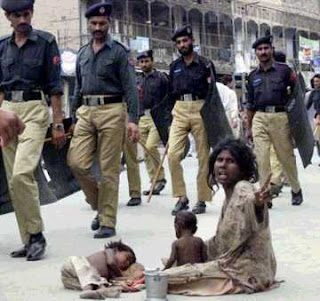 Supply of Goods – The production of food items / grains has become stable at approx 200-220 million Ton from last many years, while the population has not stopped growing. So the demand is increasing and we could not increase the production in the same proportionate as regard as fooding items. But what we have done to increase the production? We have got a poor minister to look after the portfolio. The things are not moving at all to increase the food production because of NO POLICY. The agriculture land is being decreasing for urbanization and industrialization. Then how the production will be increased. Why not technology is being emphasized in this area ? A small country like Israel produce all kind of food grains and is self-sufficient. Then why can't we ? Having such a vast fertile land. The requirement is excellent policy, great leadership and honest willpower.
But on the other end the position is also not so worse. Tones of food grains is getting soiled in the godowns, but the government is unable/not willing to distribute it amongst the poor or sell it on reduced price and this can be termed as Holding by the Government, which ultimately cause increase in prices. 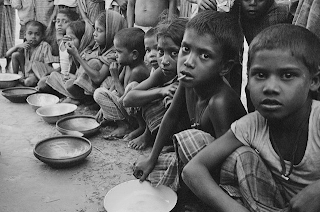 Secondly, apart from foodgrains, the prices of petroleum products and Cooking Gas is also increasing day by day. The government says that they are giving subsidy on these products and petroleum companies are suffering loss. I couldn't understand up to now, as to which petroleum company is running in loss. The increasing prices of petrol hit the prices of all sort of products and if the government is giving subsidy on this, they are not doing any mercy on the people. They are duty bound to do so as they are running the government and subsidy is being provided from the money of taxpayers only. The Petroleum companies are no where bearing the burden and they are very well earning their profit either from the consumer or from the Government.
Holding – One example I have given the holding by the Government as in the case of food grains. Secondly the holding by the people and companies. Just think whenever you apply for a gas cylinder, you will have to wait for 10-15 days for getting delivery and if you are in urgency you have to pay extra money, I mean to purchase the gas through black market. The gap of this 10-15 days is always maintained. I would just urge, that why this gap is not being meet out by extra production…. I am not saying to meet out it in a single day but do it in phased manner, reduce this gap within a period of 5-6 months. But the government will never do it, why ? Because if it do so, the black market in this sector will stop immediately. So the will power is necessary to control the holding of products. It is just one aspect, similar pattern is happening in case of all other products, causing the price hike.
So my dear friends, I would just submit that the government is not keen to move the things in right direction, they have nothing to do with the poor. He is dying, Let him die. Who cares? The government is busy in taking care of petroleum companies, it is busy with holding of food grains for tough time on the cost of today's death toll…So let it be.
But, my humble request is to the government that still there is time. Don't make it Somalia and Heithi for a portion of the people of this country. They are our own people, we need to be a little emotionally attached with them…..So just open your eyes and let the people live gracefully on this beautiful earth and enjoy him the moments of glittering sky…..Otherwise, he is also holding two hands…..which are capable enough to burn fire any day. 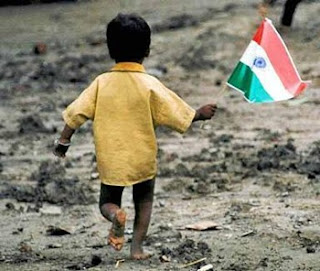